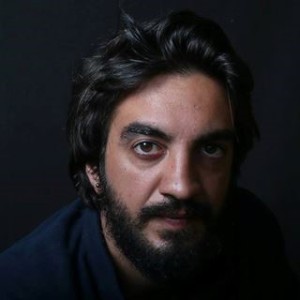 Valerio Muscella (www.valeriomuscella.com), 1985, Rome, Italy. He held a degree in community  psychology and transcultural studies and he has been working for several years with an Ngo in South America and in the Balkans in the international cooperation for development field. He is a self-taught freelance photographer and documentarist focusing his attention on social issues. With the association Cro.M.A. (Cross Media Action) he is currently collaborating with an audiovisual archive (Aamod.it) documenting social movements and immigration issues. With the 4Stelle Hotel project he won the first prize of the Crossmedia Reporting of the DIG Award 2015.

4Stelle Hotel is a web documentary that recounts a day in the life of the multiethnic community that occupied the abandoned luxury hotel on Via Prenestina in Rome and transformed it into their own home.

4Stelle Hotel is inhabited by around 500 people, comprising 30 different nationalities, who predominantly come from the Maghreb, the Horn of Africa, Latin America, Eastern Europe and Sub-Saharan Africa. They have been able to revitalize the hotel through shared re-activation of the rooms and communal spaces, according to a process of internal self-organization, including cleaning rotas and picket lines. Some of the occupants have lived in Italy for years; others have escaped from regimes, revolution and extreme poverty. All of them claim with dignity their right to a home and a better future.